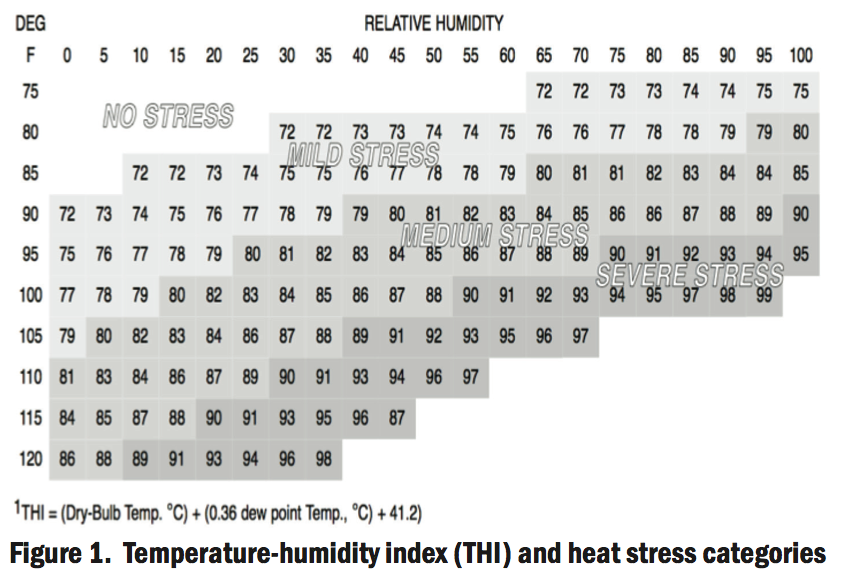 As Figure 1 reflects, the degree of heat stress is commonly estimated by temperature-humidity indexes. Some have hypothesized that it is not just the extent of heat stress alone that affects animals, but also the duration of the heat stress. This is supported by anecdotal evidence from the field, where it is often observed that adequate night cooling reduces the impact of heat stress during multiple-day periods of high temperature and humidity.

It is also hypothesized that cattle will begin to experience heat stress at different levels depending on their stage of production. For example, in growing steers the threshold is considered to be a THI of 84, whereas in a high-producing, lactating dairy cow the threshold will be considerably lower, starting at a THI of 70. At the same ambient temperature, a higher-producing dairy cow will have to dissipate more heat to the environment than a lower-producing cow of the same size.