Thank you to our Sure Champ Ring Leader and former K-State Livestock Judging Team Member, Whitney Whitaker for providing placings and officials for this class.

I like the wether dams 2341. The way 2 blends the right kind of power with incredible balance and structural integrity stamps her as pretty elite. Not only is she the most athletic bodied and stoutest pinned, but I love her elevation up front, her proportions from forerib to flank, and the attractive build of her hind leg. I could see her making a competitive run as a show ewe and returning to a breeding program to leave her mark. Now 3’s added performance, extension and softness of flank could garner a trade. Unfortunately, the dark featured ewe’s frailer hind leg has some extra set to it, and she reads flatter and lighter dimensioned.

Still, I prioritize her skeletal build in the middle, as she’s more correct in her shoulder slope and stays more relaxed about her spine. On the other hand, 4’s stouter boned and more attractive in her hind leg posture, but she’s also more upright in her blade and tighter spined, so she isn’t as collected in motion.

Even so, her look from the profile is more favorable on bottom. She’s more correct in her lower body progression and still leveler out of her dock. Sure, 1’s white leg wool and extra shot of shape offer some exotic breeding pieces. But in a set of this quality, the tighter flanked, rounder hipped ewe doesn’t balance up quite good enough from the side. 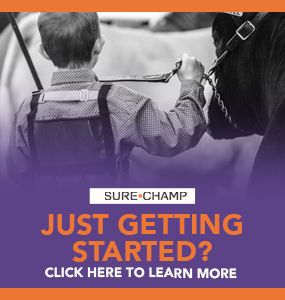 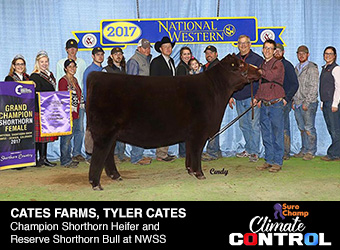