Recently, we highlighted Kirbe Schnoor and her path to becoming involved with Superior Livestock and their televisions shows. Now we highlight Paige Wallace in part two of our Cattle Turned Camera Series.

Paige Wallace says she would not have focused on television and video work as a career except that she was specifically encouraged to do so. During her term as Miss American Angus, Wallace, a Missouri native, was asked to stand in during an interview with an Angus Foundation donor. Eric Grant, director of communications and public relations for the American Angus Association, recorded the interview and afterward approached Wallace’s parents to urge her into broadcast TV. Later on she served on a Sure Champ panel discussion then was asked to be on it’s the association’s show, The Angus Report.

“I had never thought about being on TV but Eric saw something in me and as a result, my passion for broadcast grew,” she says. “He helped me with internships and got me on the road to videography.”

Wallace currently works as the multimedia director and account manager at Ranch House Designs (RHD), Inc., a full-service web and graphic design firm. Wallace introduced video marketing to RHD when she took her job in May. Each project is diverse, from one day working on about sale promotion videos to producing ranch video profiles the next. Wallace travels to stock shows to get videos for clients or grand drive results, creates commercials, covers award events and sends email video blasts. 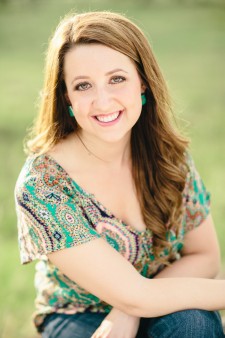 “I really enjoy creating promotional videos for producers, I think it is a unique thing in the cattle industry,” she says. “I ask cattlemen, you have so many choices when it comes to buying cattle, what makes the difference? It’s the personal relationships they’ve built. Video marketing allows producers to not only put a name with a face but also show emotion and tell what their operation is about. In the end, we hope that potential customers learn more about them and feel closer to them as a result.”

Growing up Wallace was very involved in National Junior Angus Association activities, serving as Miss American Angus and on the NJAA Board. This junior Angus involvement helped Wallace land a gig anchoring The Angus Report, which broadcast on RFD-TV. Wallace quickly credits being able to reach out to breeders and industry experts to gather interviews because of the skills she learned in livestock leadership endeavors.

In college Wallace was on the livestock judging team at Butler Community College then graduated from Oklahoma State University with a bachelor of science in agricultural communications. She says experiences like judging in college have helped her photograph and video cattle for their best attributes.

“When a good-looking animal poses up, I’m looking at their profile as well as lighting and color quality and focus,” she says. “In junior college, I met a lot people while judging and learned about other species and parts of the industry. When I create video for producers now, I know how to present their heifers or bulls to the highest quality.”

Wallace says she specifically sought out internships to gain experience before going down a career path. In college, she interned for the National Cattlemen’s Beef Association then worked for a local television station to produce agriculture-related shows. She continued to host The Angus Report and hone her broadcast skills. She also worked for Pearl’s Pics, a livestock photography business, at shows throughout the year.

These experiences combined to give Wallace the skills of poise, motivation and being a self-starter. Learning to speak in front of a crowd, having an eye for cattle and taking a project head on are key competencies that put Wallace in front of a camera. She encourages young people interested in videography to invest in a great camera and equipment and to make connections with people who can provide guidance in the industry.

“It’s really important to invest in equipment you can grow into,” Wallace says. “I would also encourage young people to ask others for help. I love when people approach me and would do all I can to help them along.” 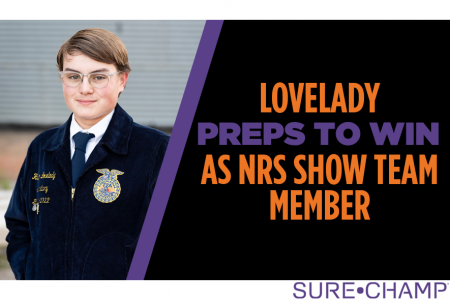 “Opportunity is missed by most people because it is dressed in overalls and looks like work.”  It seems fitting that high school senior Hayden Lovelady is inspired by Thomas Edison’s quote. He’s one to seek out every opportunity he can and is not afraid to work for what he wants. Especially if the opportunity is […]