On December 7, four students from the W.B. Saul High School of Agricultural Sciences pulled CiDRs from Hereford cows. It was 6:45 a.m. when they arrived to help their livestock teacher, Gail Koskela. As a reward, she took the students to Dunkin Donuts for breakfast before school began at 8:30 a.m.

This might resemble a typical morning for farm kids across the country, but it has special meaning for these students.

These high schoolers are from Philadelphia. Their school farm is a 130-acre campus located in the upper Roxborough section of a major metropolitan area. The students are part of an agricultural school that teaches the value of production ag in every aspect of their coursework. Koskela says her school consists of 525 students in the ninth through 12th grades. They are all FFA members. Each student must apply for and be accepted into Saul school where they choose from coursework in animal science, plant science, food products and processing and environmental science. After they complete their freshman year, Koskela is charged to work with them in special areas of interest, particularly beef cattle, sheep and swine.

“I love my job,” she says. “I hope everyone is as excited to go to work as I am. I also hope people have an appreciation for other teachers who are getting kids excited in whatever way they can.”

In the beginning, Saul school was a half-day farm-school program. Students split the day by studying then working on the school farm. Today, the high school has space dedicated for academics, agriculture, greenhouses, physical education and health, a small animal laboratory, an arboretum, athletic fields, field crops and pasture in addition to the working farm that includes poultry, dairy, swine, sheep, horses and meat science.

Koskela says she uses the school’s animals to “trick” kids into learning stuff. The process seems to work. When they are juniors and seniors, students are allowed to show the animals they raise. When the schools’ breeding ewes lamb, students are on hand to deliver them. Then each student can select a lamb to show at the Pennsylvania Farm Show. The school also buys a pen of six to eight feeder pigs each year and students apply for the opportunity to raise, train, and exhibit one of those pigs.

Each grade at Saul school learns from livestock in different ways. For example, sheep are used in freshman and sophomore courses to teach animal handling. The junior class focuses on reproduction, maintaining breeding records and the lambing season. A senior focuses on the beef industry as a whole.

“Livestock showmanship helps kids get their priorities straight,” she says. “If they have an interest in working in animal ag they might feel intimidated when they go for a job interview and have no experience. Showing levels the playing field when our kids graduate and want to work in production agriculture jobs.”

Koskela tells a story of a father of a family exhibiting beef cattle at the Pennsylvania Farm Show who was stalled nearby. The man told one of Saul school’s adult leaders he had learned a lesson during the week about not judging a book by its cover.

Early in the week, he and his son noticed a young man with a leather jacket, gelled hair and headphones walking through the show barn early in the morning. The man assumed the kid was up to no good. Koskela says a few days later the man sees the same young man A.I. breeding one of the 4-H heifers. The man reevaluated his earlier prejudice and asked Saul leader, “where did this kid come from?”

“Kids are same everywhere,” Koskela says. “It depends on what you expose them too. We take a gamble on these kids, expose them to something new then get out of their way. This young man attended Penn State after high school. and if he had not been exposed to agriculture he might have had issues just holding down a retail job.”

During her 13 years with the school, Koskela has seen many students succeed thanks to FFA program involvement. Her students attend state FFA convention, leadership conferences and competitions. At the 2014 Big Eastern State Exposition the Saul livestock judging team placed second. She has coached two teams to the national competition as well.

Saul students literally go to great lengths to get an agriculture education. One takes three different modes of transportation to get to school each day. Another has a two-hour commute one way. So when Saul students say they are going to help Koskela pull CiDRs before school that is an awesome commitment.

“We have a 90-percent attendance rate,” Koskela says. “Even though a student might struggle to take a test they’ll show up when it’s time to walk their sheep. These students are my reason to get up each day. As a teacher I think, ‘Who wouldn’t show up to work to teach kids like that.’ I am lucky.”

Juan Colorado is a senior at Saul school. He moved to the U.S. at age six and says his grandfather raised pigs in his home country of Columbia. For him, working with pigs at school is a way to remember his grandfather.

“Pigs are nice and I like how big they are,” Colorado says. “Hogs are smart, friendly and are more of a family tradition for me.”

After graduation Colorado intends to enter the U.S. Marine Corp then move back to Columbia and start a farm. He hopes to enhance communication between his home country’s farmers, by asking them to build an agriculture community.

“I want to take what I’ve learned and apply it back to my home country,” he says. “Before it was a place where people just complained. I want it to be united and there to be no violence. A community is stronger together than by itself.”

At Saul school, Koskela says it is a privilege to show livestock and just because they work with animals during class doesn’t mean they get to enter the ring. She emphasizes showmanship skills and not just how they place. Students don’t control which animal they show but rather how they get to show it. And when a student earns the right to train and show a lamb or a pig they only have one shot at doing so. In other words Saul students don’t hit the county fair and jackpot shows. They enter the Farm Show and gain that experience, one time per year.

“I have a couple students that wouldn’t show up for school if they didn’t have their animals to work with,” she says. “Showing is the least important skill but it’s nice recognition. All of their knowledge about what goes into a breeding animal and taking care of babies makes showing icing on the top. I am not in the business of showing lambs. I show kids.” 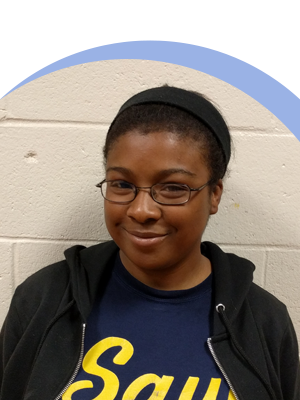 Show Ring Experience: Showed a Southdown lamb
Placing: First in class
Goal: To show a steer
Perspective: She was nervous, but prepared. Lear worked hard to walk her lamb and properly groom it .
Passion: Animals. She wants to work with large and farm animals.
FFA experience: Attended ACES and leadership trips.
Future plans: Attend Penn State and be involved with livestock. She’d like to work in the area of animal behavior, specifically in dogs. 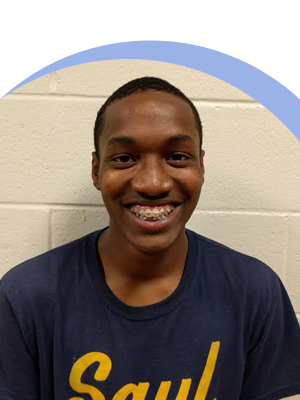 Basil Watson, senior
Show Ring Experience: Showed two Southdown lambs
Placing: His lambs placed 8th and 9th in class.
Goal: To shear them and get every piece of wool just right. He says it’s kind of like art.
Perspective: He enjoys the sense of importance in the show ring and tries to impress the judge. The pressure drives Watson to place high.
FFA experience: Showing his lamb. When he was in the 10th grade Watson knew he wanted to show, but he had to improve his grades. He was able to show when he was a junior. He also assisted in the birth of the lambs from which he selected his show animal this year.
Passion: To attend college, major in animal science and work as a veterinary technician
What his non-ag friends think: They call him Farmer Bas. 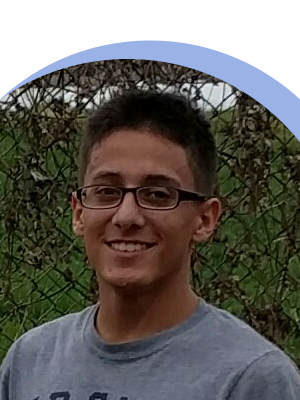 Juan Colorado, senior
Show Ring Experience: Showed a York barrow
Placing: The first year his hog didn’t make weight. This year he has a 210-pound York barrow.
Perspective: When his first show hog didn’t make weight he was disappointed, but it taught him to pay attention to feed. Instead of showing that year he volunteered to help in the show ring. This taught him the flow of pigs in and out of the ring so he was more prepared this year.
FFA Experience: Earned the Greenhand degree.
Passion: Learning about all aspects of agriculture including food science, plant science, animal science, equine, dairy and sheep. Colorado says he does not regret his decision to go to Saul school. 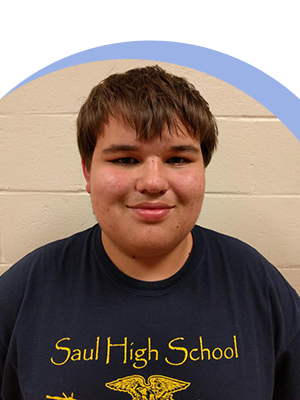 Andrew Lorenz, senior
Show Ring Experience: A Southdown lamb, a Hampshire lamb reassigned as a crossbred and a Hampshire hog
Placing: 2nd with the Southdown lamb, 5th with the Crossbred lamb.
Show Ring Blunder: The second year he showed sheep he entered the lamb in the wrong class. His Hampshire showed as a crossbred, and Lorenz says he knew when he went in the ring that his lamb was not as muscular as the crossbred lambs. “I saw the competition and thought, ‘This won’t be good.’”
Perspective: It’s tough in the beginning but it gets easier each time. Lorenz says it is exciting to be in the ring because the lights are shining down and people are watching. He is thankful for the Saul school so he can have this experience.
FFA Experience: Attended state convention and Student Legislative Leadership Conference. Earned the Keystone state degree and has participated in livestock judging.
Passion: Delivering baby lambs. At first he was responsible for towel drying new lambs but he recently learned to pull one and deliver it.