Nick Gardner manages three showboxes in his livestock barn in Washington, Pennsylvania. He’s shown pigs, sheep, goats and cattle since he was 7 years old, and he depends on certain products and equipment for each species. His sheep and goats, his two favorite species to show, share a showbox. Here are a few of the products he keeps in his sheep and goat box that help him make animals show-day ready. 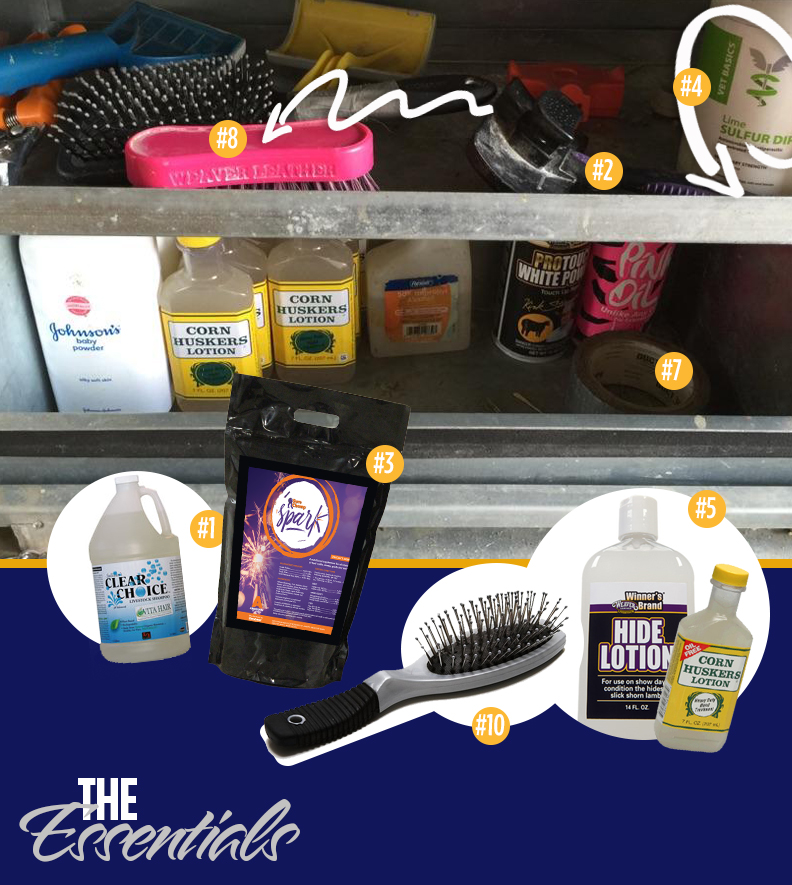