I like the market lambs 3421. For me, the power sheep dominates. The heavy booted wether opens back the boldest in his fore rib. The biggest loined sheep is clearly the most impressive from behind. To top it off, I’d call him the most correctly balanced. Nothing is eccentric from the side, but all his pieces fit together. Not that 4 isn’t a good market lamb. I really like that he’s held his composition to this weight. Up front, he’s probably a notch more extended, but I still don’t like him from the side. He’s ordinary in his rib shape, works up in his loin, and flattens to the base of his leg, so I left him second.

From behind, the middle pair is pretty similar. Structurally, I like 4 to beat 2. From the side, the sheep on the far right is clearly built more relaxed at his knee. Even if his topline is off, he’s still leveler to his dock and assembled more attractive in his hind leg. Now, in terms of foot size and bone work, I’d have to give the edge to 2. He also draws up a notch more youthful in his bottom line. But I can’t stand how the parrot mouth is so rocked forward at his knee, has extra set in his hind leg, and flattens to the base of his cage so I left him third.

For me, the final pair had the most sort. I guess I’ll swallow 2’s structural issues and use him to beat 1. From behind, he’s comparatively quite a bit heavier muscled. The stouter boned wether is also a tick neater at the base of his chest. I wanted to like the ewe lamb. From profile, she gave me some good looks, but from behind, she’s easily the flattest and narrowest made. She’s still not great from the side so I left her fourth. 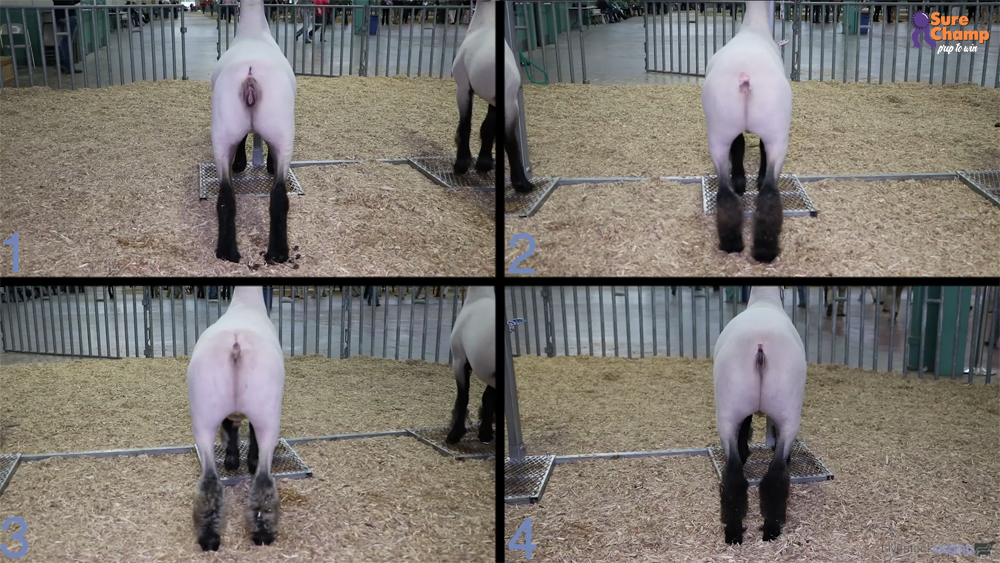 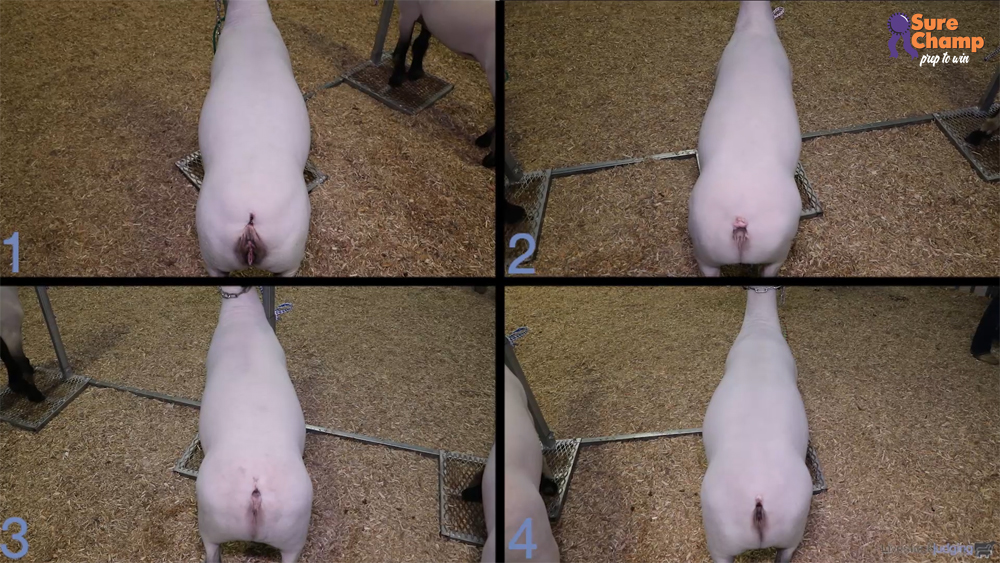