As a team we really enjoyed discussing this high quality set of Angus heifer calves. All four cattle have value, and we understand that different priorities could result in various alignments of the group. With that in mind, we kept the cuts pretty light. We felt the easiest thing to do was find the ultra maternal 3 heifer to start. We thought her body shape, substance and build just read like an awesome cow prospect. Really like her ability to be so bold and dimensional yet still have length to her hip and a functional set of angles on top of big feet down low.

We thought the remaining three all had some positives to consider but we really like the unique look of the highly presented 4 heifer to follow. Her neck set and striking image from the side give her that first impression look of quality, and we definitely think she can stay fresh down the road. Today, she reads more immature in terms of body depth and projecting the cattle in motion, we wonder if the shorter hipped heifer would get just a touch straight off either end of her framework.

If we could see the cattle move, we think there would be a lot of value in the brown-tinged 2 heifer. That’s a smooth built female who’s angles and jointwork read correct, and she’s sure got a moderate, functional look. If we could step right in behind the cattle, we’d guess the sharper tail headed heifer would just read a bit flatter in her body shape and pin set. But a good kind of female to keep 3rd.

We don’t want to discredit 1 though, because of the remaining three she might have the most natural cow power and dimension and she looks to be a low input kind. From the side though, we thought the coarser, rounder made heifer just read a shot plain and off-balance within such a good lineup. 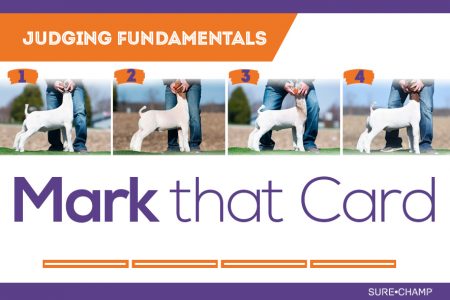 Thank you, Western Illinois University Livestock Judging team, for the officials and reasons. Placing 4-3-2-1Cuts 3-5-2 The dense, powerful, traditional wether that starts is truly unmatched in his ability to blend unrivaled width of skeleton and roundness of body with the presence, coordination and look to play at a very high level. Now the biggest […]