For both your and your calf’s safety it is important to know how to properly tie your calf. The best way to tie your calf safely is by tying a slipknot or quick release knot. This will keep your calf tied, but also allow you to untie your calf quickly and easily.

Getting your calf used to being tied is important as much of the time you are working on them they will be tied. Tie you calf with its head up high as this the position you will want their head when showing. It is also important to build up your calf’s endurance. On show day you calf could be standing for several hours while you fit and then show them. You don’t want your calf laying down in the champion drive. Start by tying your calf with its head up one to two hours a day when you are halter breaking or first receive your calf. Later on you’ll want to get in a routine and be tying up your calf four to five days a week. Slowly increase the amount of time you leave them tied up until they can stand comfortably for about four hours. 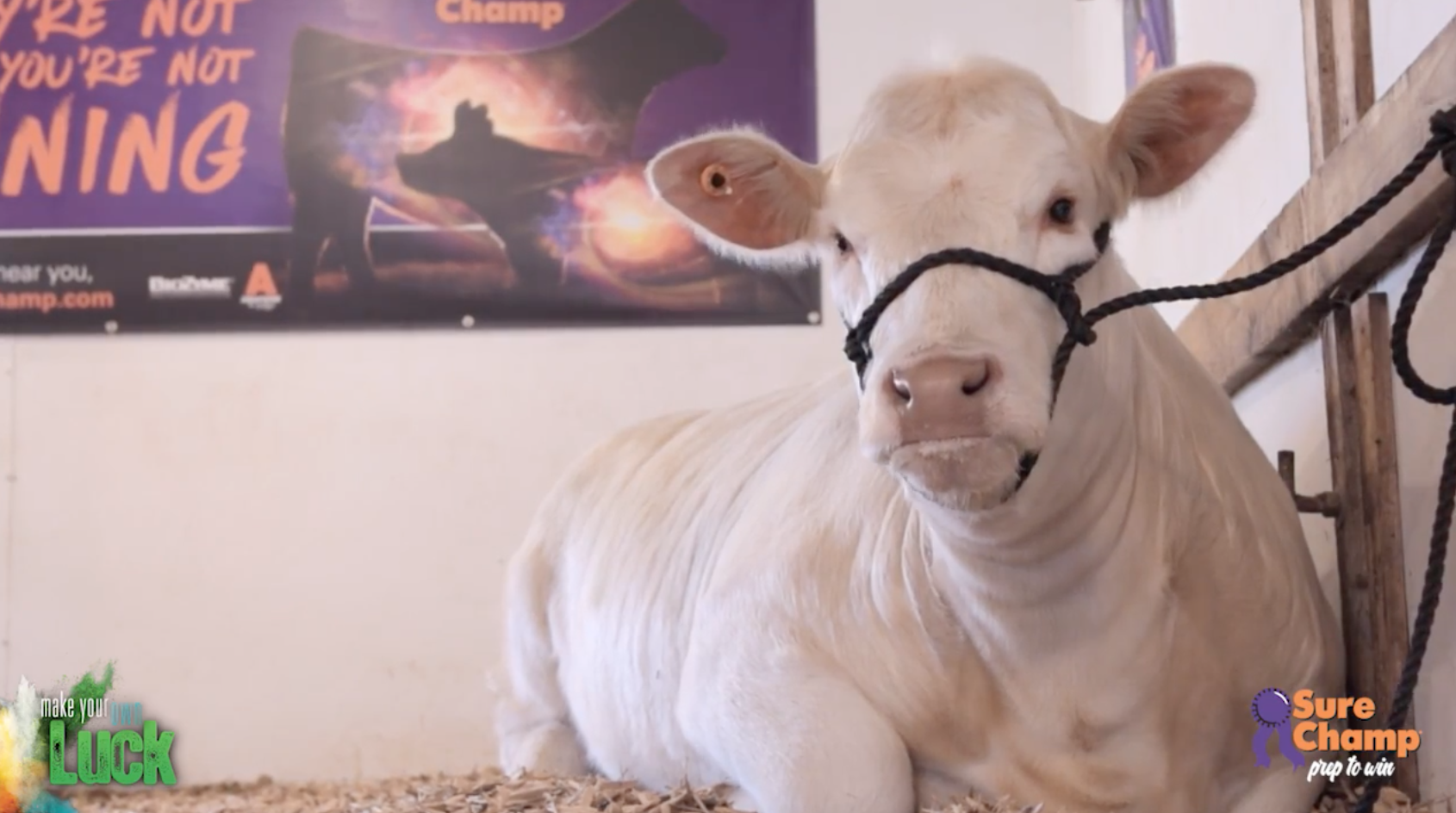 When you are at the show your calf will also be laying down while tied. You calf needs to learn to relax during this time. You should have 12-18 inches of lead when you calf is laying down. If you calf can completely turn its head and look behind itself or it is stepping over other calves you have them tied too long.

Once you calf has learned to stand and lay down while being tied you’ll be ready for the show. To watch additional videos on how to prepare your calf for the show ring watch our Make Your Own Luck Prep to Win video series.