Packing a trailer for a show can feel like a life-size version of Tetris. You have a limited amount of space with a long list of show supplies, equipment and feed that you and your livestock will need when you reach your destination. It doesn’t take a high-level engineering class to figure out how to pack your trailer, but it does take some pre-planning, time and organization.

“It takes as much equipment for one animal as it does for four of five, as far as basic equipment goes, including end panels, box, and blowers,” said Deb Vorthmann, long-time Limousin breeder and cattle exhibitor from Silver City, Iowa. “‘Your feed will vary by the number of head you take, but the equipment really doesn’t.”

Vorthmann, who has exhibited cattle at shows across the country starts her packing by making a list of everything she will need for her livestock once she arrives at the show. She also calculates the number of days she is going to be gone to make sure she has enough feed for her cattle, adding in a few days’ extra in case of delays or feeding extra on show day. Once her list is made, she can start packing.

She doesn’t have a set method to her packing; it just depends on the size and type of trailer she has to work with. If she has a tack compartment or nose, she always packs those first, and keeps her feed in an enclosed area where it will stay dry. Once the majority of her feed is in the nose, then it is time to pack everything else in tight. Vorthmann said she does prefer to haul her own hay and feed instead of spending the extra money at the show buying hay her cattle aren’t familiar with and risking them going off feed.

“The one thing I would consider leaving behind if room was tight is my chute,” Vorthmann said. “You will always have a friend that will loan you one on show day or when you need to clip. And, now they make these bars for the stalls that are much smaller and more portable and easier to haul.”

The last supplies Vorthmann packs are those items she will need to get her cattle settled when she first arrives at a show. For instance, traveling to the National Western in Denver, Colo., is an all-day affair, so she would have feed pans, water buckets and a bag of each kind of feed loaded last, so as soon she can unload her cattle, they can get fed and watered after their day-long trip. If she is going to a show where making stalls is her first priority, the forks and end-panels would be the last items loaded.

“Check the show rules,” Vorthmann advises when it comes to packing extra equipment. “A generator is nice to have, but more and more shows don’t allow them, so don’t take something if it isn’t going to be allowed.”

Planning ahead and making a list will simplify your trailer packing mayhem. Remember, it comes out a lot more organized when it goes in organized, and you are likely going to have the supplies you need if you don’t rush and “throw” everything in the trailer last minute. 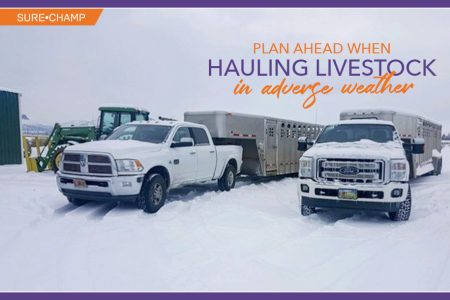 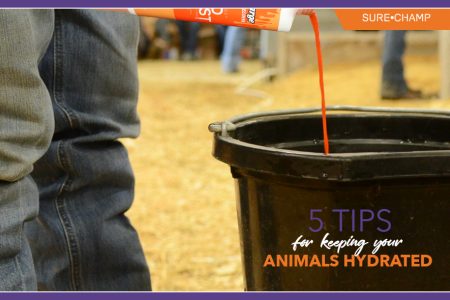